A tribute to the resilience of poor, working class women

“I knew George Floyd’s mother even though I never met her face to face. I never shared a meal with her, nor did we gossip about our neighbors while waiting for the arrival of the monthly welfare check or being careful not to miss the Metro because we had houses to clean, standing at the bus stop surrounded by the silence of Latino women going to some of the worst jobs in the city. We never said hello and never had the time to say goodbye. No formal introduction would ever happen but at the same time we were tribal sisters with ancient identical tattoos.

We wore the tattoos of poverty, Spirit, hard work, generational resilience, laughter, single parents, burritos, gospel music, flying bullets, Black eye peas and cornbread, prayers, dreams deferred and a sacred hope when there was nothing to hope for coupled with periodic despair. We kept our heads above the water but mostly we existed under the water with small pockets of air slowly keeping us alive. I knew George’s mother, but I never met her face to face.”

She and I were the statistical conclusions of governmental research. We were the charted cycles of the marginalized studied in college classrooms across America while members of our families generationally rotated through the American prison system. We were the “New Deal” failed by deficient school systems, food deserts without food justice, racist red lining, brutalized by traumatized police systems, chronic medical disparities, culturally insensitive gentrification of communities not seen as historically worthy.

Educated people studied us in sanitized United Way board meetings,  preparing for their next funding cycle. We were “section 8 mothers “, meaning that you might have to be a mom and a dad all at the same time because too many families with fathers touched by incarceration would never be allowed  to live in  government  housing. The Section 8 program is a support system for broken families with no intention of those families becoming financially grounded, mentally thriving, or sustainable enough to envision a positive future.

We were expected to heal the sick as well as tame the wild alone. We were experts at surviving and morphing into distorted versions of ourselves, bonded to section 8 account numbers,  housing inspectors, caseworkers, and slum landlords. We tried over and over to make things better as we tumbled through welfare systems and poverty programs that could not nourish us as mothers fragmented and broken by the constant shock of not having. I never knew George’s mother, but  I will tell you one thing, I knew her pain. I knew her deep disappointments. I knew her feelings of abandonment.

We were American women rooted in African ways that would never be remembered. We were grounded by the tribal energy of the diaspora, in places where race and class hypocrisies dance well together. Where poverty has always been a generational problem, hand in hand with the mass killings of Black men. The violence of poverty has never been far from the violence of the Black body. Black people dying by the hands of the prison system, by the  hands of White people killing them and by the hands of other people who looked just like them. The journey of the Black body has always needed intensive care.

Waiting patiently with patriotic foolishness. We were women of color trapped in a romanticized matrix of dreamlike American visions never meant for melanated women who surrender  to life  in marginalized ways. We are the mothers waiting for the next funeral; the next open graves waiting, the next balloon released into blue skies.

We were colonized  and constantly surrounded by the stress and the fear of whiteness. Each day we bore witness to the systemic manipulation of poor Whites rooted in  Eurocentric brutality based in distorted stories of indentured servitude and racialized traumas used to divide, control, and concur. We noticed the deadly residues of White supremacy through the actions of young White people acting out White family system-trauma- nightmares in bold and dangerous ways. I never met George’s mother, but  I do know that we hungered for reparations and a home, waited for those forty acres of work well done with mule in hand and a place of safety that we can call our own.

With intention, we will carry the ancestral heartbeats and the resistance of those who came before us, always resisting and fighting to reclaim the humanity of a people. Even when shot in the back with cuffed hands we resisted. We resisted and died while jogging on a sunny day. We resisted by suicide, heart attacks and nervous breakdowns. We  sold cigarettes on corners until we stopped breathing.

We were magical women resisting, hiding under the sun, birthing new people, disappearing, murdered while sleeping or simply coming from a store eating skittles. We were often accused of resisting while  being suffocated with knees on the neck, quietly whispering,”I can’t breathe. Quietly whispering, you are killing me while echoing the sacred  childlike words of Mama…… Mama…. 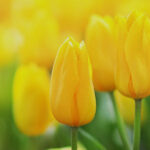 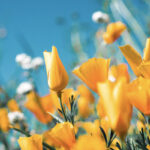